-And the third type?

-Those, who will never hear about alchemy, but who will succeed through the lives they lead, in discovering the Philosopher’s Stone…

For as long as I can remember I have always been captivated by Physics—it is not just a demanding and invigorating discipline that takes in everything from the subatomic to the cosmic, it is the pursuit of answers to the biggest questions in the universe, the laws and theorems that underpin our very existence. 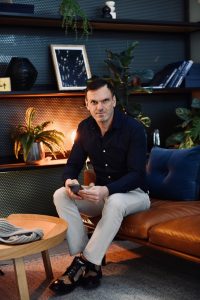 Being a Physicist means that one is not only equipped with the scientific knowledge of the laws of physics and the various related formalisms, but also with the important skill of being able to ask (the right) questions. It is with this knowledge that a physicist can begin developing possible models for explaining observations and making predictions for the outcome of experiments.

It is no surprise then, that as I moved through my academic career I was drawn to the world of Subatomic Physics. A world I was lucky enough to enter as the discipline was at the centre of one of the most important scientific developments of the modern age – the construction of the Large Hadron Collider at CERN, a project I was fortunate enough to be a part of working as a member of the team developing and constructing the ATLAS detector.

The Higgs particle, which explains the spontaneous Electroweak Symmetry Breaking and determines the masses of the particles via their interactions with it, was still an aspiration. That aspiration was fulfilled with the announcement of its discovery on 4 July 2012, by both the ATLAS and CMS detectors.

My Presentations in Conferences & Seminars

My Presentations in Collaboration Meetings