The places in the Universe I liked the most,

where the places I discovered myself. 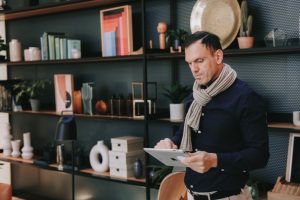 ’ve been fortunate to have received a unique and enriching educational experience, even stretching back to my earliest school years. These experiences have strengthened my character, instilled in me a sense of wonder and appetite for learning, and helped shape me into the man I am today.

During my formative years I was captivated by the Greek language, culture, and history that surrounded me. Growing up in the shadow of these gods and myths, the tales of Achilles, Prometheus, Hercules and others, instilled in me not just strength and virtue, but also a depth of imagination and intrigue that would serve me well across future academic and business endeavours.

As I grew older and moved through my studies into high school, I began to fall in love with the disciplines of Physics and Maths. A drive which I would continue by electing to study Physics at the Aristotle University of Thessaloniki. During this time, I not only excelled academically across a range of disciplines, I also sought out new skills that would go on to serve me well later in life. Primarily, becoming fluent in English, French, and most uniquely – coding. By developing my computer skills and learning programming I was really able to set myself apart.

It was during my first year of studying that I found my specialty within academia – sub-atomic Physics. With my penchant for mathematics to assist me, I was soon immersed in the world of Quantum Mechanics and Particle Physics. Truly thrown in at the deep end, I was lucky enough to be a part of an amazing research team working on the ATLAS experiment at the CERN research facility.  This work would carry on as I studied for my Masters – a course in Particle Physics at the National and Kapodistrian University of Athens, which combined theoretical studies with a wide range of topics – including Quantum Electrodynamics and Computational Physics.

Because of my achievements in Athens, I was offered the opportunity to study for my Ph.D. at the prestigious University College London. A program that gave me the chance to work alongside a group of world-renowned teachers and researchers, the work I produced in this time remains one of my most remarkable achievements—buoyed by a zeal and passion for discovery and illumination that helped me reach new heights. After three years of research, I was awarded my Ph.D., as well as recognition in the form of the ‘best Ph.D. thesis’ award.

My research was facilitated by the financial support I had from the High Energy Physics Group, the Department of Physics and Astronomy and the (back then) Central Laboratory of the Research Councils. I was also fortunate enough to have received a generous scholarship from the “Alexander S. Onassis” public benefit foundation —this was a tremendous relief for me and my family and something for which I will always be grateful.

This was a fitting end to years of hard work, but I had come to realise that I was ready for new challenges, and exploring the possibilities that lay outside the bounds of academia.